JUDGE BERNARD FRIEDMAN STRUCK down Michigan’s gay marriage ban, making it legal for county clerks to issue marriage licenses to same-sex couples on Friday, March 21st, 2014.  As expected, the state’s attorney general immediately issued a request to suspend Judge Friedman’s ruling until federal appeals proceedings conclude.  However, there was a 24-hour window between when the gay marriage ban was overturned and when the federal appeals court granted the suspension—that is where my story begins:

When we heard the announcement that the same-sex marriage ban had been overturned, Mandy and I knew we had to celebrate with sushi (and no, that is not an innuendo…we actually got sushi).  We had been talking of our marriage plans for almost a year and officially got engaged in January, but we had no idea when we’d actually be able to get married in Michigan.

Our plan was always to get married legally first—just the two of us—and have a celebration later on with our family and friends.  A marriage can be recognized legally, and it can be recognized spiritually by your loved ones, your church, etc.  Those are two completely different aspects of marriage that may or may not be mutually exclusive.  As soon as Mandy and I made the commitment to each other to be partners in building our life together, we were ready to have our marriage legally recognized.  It was the next logical step in securing our partnership financially, guaranteeing our rights to each other’s assets, hospital visits, picking up prescriptions, joint insurance policies, all the logistic ins-and-outs of sharing every aspect of your life with another person.

The legal ramifications of our marriage don’t really concern our friends and family, so we want to do something special for that part of our marriage recognition.  Mostly, we want to make sure that all the important people in our lives get to know us as a couple.  That way, when we do celebrate our marriage, they’ll know what they’re celebrating.  I couldn’t imagine having our wedding be the first time Mandy met my best friends or family members.  We want to have a ceremony in which everybody who wants to recognize our union and celebrate with us will have the chance to do so in the most meaningful way.

So back to the legal marriage.  The morning after the sushi celebration, I got up at 8am to make Mandy coffee and breakfast before she had to go to work.  I checked my email as I always do in the morning, and I had a BREAKING NEWS message from Equality Michigan that four counties, including our very own Ingham county, would be opening their offices to issue marriage licenses as the appeals suspension had not yet been processed.  As calmly and quietly as I could without screaming, I snuck back into the bedroom and asked Mandy if she could take the day off work to get married.  I’ll just say that excitement ensued, followed by oatmeal.  Neither of us wanted to get fancy, so we decided to wear the same clothes we were wearing the night we first met.  I have never felt as excited as I did when we were driving to the courthouse.

I expected there to be a huge gathering around the courthouse full of God Hates Fags protesters, countered by Love is Love protesters, but everything was silent.  I thought maybe we had missed our chance, and my heart sunk.  But before we even got inside the courthouse, people we had never met before were congratulating us underneath the flagpole outside.  Go America!  Inside, was the most unified celebratory environment I have seen since I rode the It’s a Small World musical boat ride at Disney World ten years ago.  People were cheering, people were clapping, people were crying—it was magical.

I was genuinely surprised at this environment.  I really expected the courthouse to resemble a Vegas wedding chapel full of half-naked, half-drunk people who stumbled over from dancing all night at the local gay club—people who impulsively wanted to get married just because they could and just because they were drunk enough.  I immediately felt shame for my own stereotypic mindset.  Maybe it was my internalized homophobia garnered from years of growing up thinking something was wrong with being gay, or maybe I just spent too many years in the bar scene to have an accurate grasp of what the real world is like.  Regardless, what I found was a building full of loving partners and families who were so joyful to be one step closer to equality.  Many of the couples were MSU professors who had been together for 20-30 years, many of them had their children with them, and everybody was genuinely happy for everybody else there.  I looked around and thought to myself, “If I didn’t know what was going on here, I would have no idea I was in a building full of gay people.” Stereotypes are dangerous things, and as I’ve learned about myself, you can have ignorant stereotypes of the very demographic to which you belong.  The only way to abolish this uninformed thinking is to find common ground with people, embrace our differences, and start viewing people as the individuals they are instead of defining them by a group or label.

There were several very friendly clergy members there offering to perform ceremonies, but we decided to have the county clerk, Barb Byrum, marry us because she was the one who made this possible in our county.  When we told her we didn’t have any witnesses with us, she offered a state senator who said, “I’m technically a republican; I hope that’s okay…” and a young woman named Jen who graciously took the only picture I have of our marriage day.  As soon as we walked into the courthouse, I realized my camera was broken—if rain on your wedding day is good luck, a broken camera must be guaranteed wedded bliss for life.  Isn’t it ironic?  Anyway, Clerk Byrum recited the most beautiful marriage vows and pronouncement I could have imagined, and when she pronounced us married, the room exploded in cheers and applause.  I had totally forgotten that we were in a room full of people.

Some people ask us if we regret not having our loved ones there, but I think we were in the best company we could have asked for, and I can’t wait to do something even more special with our family and friends.  Something about getting married with a group of other people who really understood how important this opportunity was—not just understood it but lived it—made it the most meaningful legal marriage ceremony.  At the courthouse, everybody was asking each other how long they had been waiting to get married, and my answer to that was my whole life.  Even before I met my partner, before I came out as gay, and before I accepted my own sexual orientation, I grew up knowing that I couldn’t marry the person I wanted to marry.  I hope the next generation of children will not know what that feels like.

Next up:  Will MSU recognize our Michigan marriage license and grant Mandy a spouse ID??  Who will win our first racquetball game at IM West if she can procure said ID?  How will Mandy react when she finds an egg in the fridge with a face drawn on it?  Stay tuned for complete multimedia documentation! 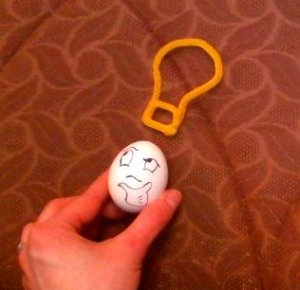